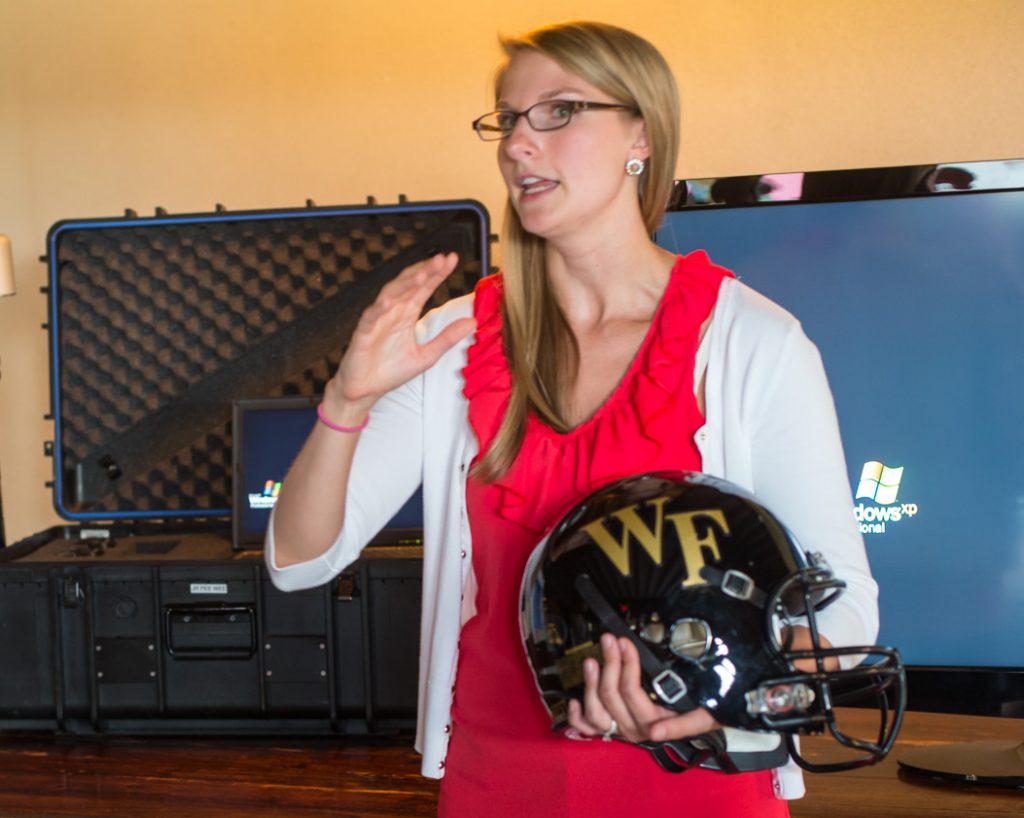 Speed, agility and strength are definitely assets on the football field. But when it comes to hits to the head, those talents may actually increase exposure for the young athletes who account for about 70% of this country’s football players.

A study of youth league football players by researchers at Wake Forest School of Medicine, part of Wake Forest Baptist Health, found that higher vertical jumping ability and faster times in speed and agility drills were generally associated with higher head impact exposure, especially in games as compared to practices.

“Previous studies have shown the severity and number of head impacts increases with the level of play in football, but we have found that there is significant variability in head impact exposure among individuals playing at the same level,” said Jillian E. Urban, PhD, assistant professor of biomedical engineering at Wake Forest School of Medicine and the study’s senior author. “Differences in position account for some of that variation at the high school and college levels, but less so in youth football. Our objective was to see if there is a relationship in youth football between head impact exposure and physical ability as measured by commonly used drills, and our results suggest there is.”

The study, published in the current issue of the journal Medicine & Science in Sports & Exercise, quantified head impact exposure in terms of the number of hits experienced by players, the severity of each hit in terms of peak linear and rotational head acceleration and a measure that combines the number and severity of hits recorded in a season, known as risk-weighted cumulative exposure.

The researchers analyzed performance on four physical ability tests (vertical jump, 40-yard dash and two agility drills) and on-field head impact data from all practices and games in one season for 51 players age 9 to 13. These players were members of four teams in leagues in the same region operating under the same national youth football organization. A total of 13,770 head impacts were measured with the Head Impact Telemetry (HIT) System, which includes sensors embedded in football helmets and a sideline data-collection unit plus a video-confirmation component.

“Players with higher measures of physical performance may experience greater head impact exposure because they are on the field for more plays, engage in more contact while playing, arrive at points of contact at higher speeds and may prioritize using their athletic ability over technical skill when engaging in contact,” Urban said. “Physical performance measures may aid in identifying young athletes at greater risk of head impact exposure but additional research is needed to better understand if this could be part of intervention strategies for reducing the risk of head injuries in youth football.”

Urban said further research in this area should include a larger number of players from a variety of different organizations, regions, and demographic backgrounds; additional assessments of physical abilities, such as upper-body strength; and consideration of other factors, including playing time in games, player aggression and attitudes and behaviors related to tackling.