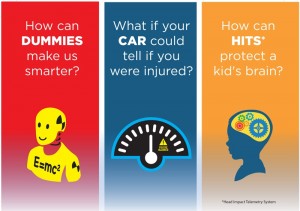 A vital goal of the Childress Institute is to raise the level of pediatric trauma care nationwide. We are putting a lot of energy and effort toward this initiative, including a national request for proposal (RFP) process to fund a $75,000 research project. The grant recipient for 2015 will address this issue of raising the level of care nationwide.

In January of 2014, our first grant recipient was Dr. Fred Rivara at the University of Washington who is studying pediatric trauma care and how the care continuum impacts the outcome for the child. Dr. Rivara is partnering with five states that are providing him information. Each state participating has a Level I pediatric trauma center: California, Kentucky, Ohio, Pennsylvania and Wisconsin.

Dr. Rivara is collecting a fairly large sample size of information to then run through some data analytics to see how the child is cared for post-injury. From golden hour through surgery to recovery to rehabilitation to reentry to life, are there certain steps that are taken or not taken that improved or negatively affected the outcome of the care given to the child? Dr. Rivara has been gathering this information throughout 2014 and will report in June 2015.

The second grant recipient is Dr. Lawrence “Larry” Cook, a pediatrics associate professor from the University of Utah’s School of Medicine. From a layman’s standpoint, he studies databases and tries to create linkages between information that might lead to insightful conclusions that can move “bench-to-beside” for caregivers in a pediatric traumatic situation.

When we initiated the RFP, we received about 10 proposals. The review board consisted of PhDs or MDs from across the U.S., including Dr. J. Wayne Meredith, the Childress Institute’s medical advisor. Dr. Cook’s proposal received the highest scores by far. The scores were based on the thoroughness of the proposal and how relevant it was to pediatric trauma care.

Dr. Cook was notified of the award at the end of 2014 and his research began in January 2015. Using Utah-based information, Dr. Cook is attempting to determine how pre-hospital, or EMS, providers affect the outcome of children with a traumatic brain injury. His study will continue through 2015 with the plan to have published results in 2016.

As I mentioned earlier, Dr. Rivara’s study was very broad, using multi-state data from golden hour all the way to reentry. Dr. Cook’s study is focused on the golden hour, but particularly as it relates to children who sustained a traumatic brain injury as part of their severe injury. We hope that Dr. Cook’s data will lead to insights that help inform EMS transport decisions for children with severe traumatic brain injury.

Our larger hope is that the combined results from Dr. Rivara and Dr. Cook will connect and create a comprehensive national pediatric traumatic brain injury database, a movement that’s been underway for a number of years.

We think that Dr. Cook’s work can lead to practical application, particularly for EMS providers onsite. The Childress Institute wants to fund the notion of translational research. As we move from the laboratory to the field, we think that this study can give us real, working outcomes to help save the lives of more seriously injured children and improve the way they are treated so that the lasting impact on the child and family’s life is less severe.