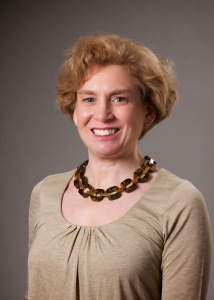 The Pediatric Trauma Society (PTSA) started with a group of surgeons and nurses dedicated to pediatrics sitting around a few years ago saying to each other, “We keep talking about the need to create a group dedicated to injured children. We keep telling the same people, and it doesn’t seem like the people who are supposed to be listening are listening, and wouldn’t it be great if …?” Then, one of my surgical colleagues from Boston, David Mooney, said, “We’re going to make this happen.”

He marshaled together a group of people, found some support, found a little bit of money, and said, “We’re going to do it this time. We’re really going to incorporate ourselves, and we’re going to become the Pediatric Trauma Society.”

We started with a relatively small group of people and it grew pretty quickly. We now have about 500 members who actually pay dues, which is pretty impressive. We started actively organizing in 2011 and formally incorporated in 2012.

What’s important about the Pediatric Trauma Society is that pediatric trauma is not only the number one killer of kids, but trauma in children is different than trauma in adults and it needs further development and discussion. It involves a large number of professionals over a broad spectrum of care. In order to prevent kids from getting injured, to treat the kids who are injured better, and to make sure that their long-term outcomes are as good as possible, all those people need to be talking to each other.

We have found that prior to the formation of the Pediatric Trauma Society, there were a lot of really interested people, but we tended to talk to ourselves. The trauma surgeons would talk to trauma surgeons, and the emergency medicine people would talk to each other, the critical care people would talk to each other, and the rehab people would talk to their group, and so on. None of those people were really talking to people outside their specialty about working together and improving as a whole team. What we ultimately envision is an organization and a forum where cross-specialty discussion can occur, so that we can get out of our individual comfort zones and really talk about a problem that is beyond our own individual areas of expertise.

The Childress Summit of the PTS was held a year ago, in April 2013. It was an amazing feeling to get all those people, who are representatives of all those different groups, in the same place. We realized we really are talking about the same problem, but just coming at it from different perspectives. It was cool to be able to share ideas, share frustrations, share the goals for the future, and then try to make this into a platform for improvement and best practices. It really felt like we defined a new field of medicine and that we are embarking on something new.

It’s not that people haven’t been interested in pediatric injury before, but it’s the fact that we’ve broadened it out and said, “This is the full scope of pediatric injury and trauma is the problem.” We need to go about solving this problem from a lot of different directions, and wouldn’t it be great if all these people talk to each other regularly? We are creating a broader network of colleagues that treat injured children around the United States.

Our website is www.PediatricTraumaSociety.com. It has information for members and nonmembers about issues of interest in pediatric trauma. With support from the Childress Institute for Pediatric Trauma in 2013, we were able to put together our first summit on pediatric trauma and that was really exciting.

Our first annual meeting of the Pediatric Trauma Society will be November 14 and 15, 2014, at the Renaissance Blackstone in Chicago. Our goal is for the annual meeting to be a forum where members can present their best research work. Our members are interested in the whole spectrum of pediatric trauma teams, including doctors and nurses, social workers, emergency medicine practitioners, and surgeons.

We are very interested in people submitting their work. The abstract submission process is open, so we invite everyone to submit their best work for presentation. We also plan to have sessions with invited panelists, and time to review the guidelines we’ve been developing. We encourage networking between members to discuss similar issues and concerns, and how are we going to advance the field.

The core of our mission is to improve the care of injured children. We want to do that through the spectrum of care. We are very interested in supporting research in pediatric trauma and providing a place for that research to be presented and disseminated.

We are also interested in presenting best practices, so that in doing the groundwork to figure out what those best practices are, validate those best practices, and then disseminate them. Using venues such as the national meetings, our website, and electronic media, we’re hopeful that the information will reach everyone who takes care of injured children and help them find the best way to take care of those children.

– Dr. Barbara Gaines, President of the Pediatric Trauma Society, Associate Professor of Surgery at the University of Pittsburgh, and the Director of Trauma and Injury Prevention at the Children’s Hospital of Pittsburgh at UPMC