How You Can Keep Kids Safe by Dr. Eichelberger 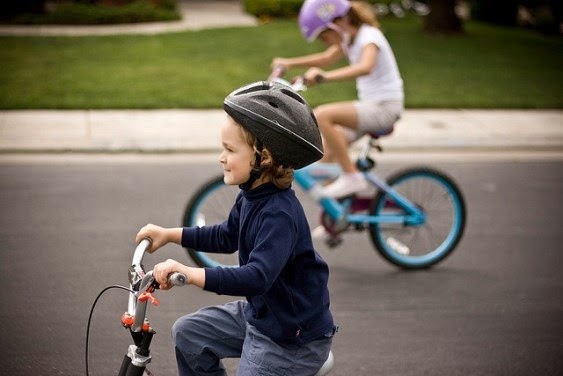 I have been a pediatric surgeon for over 35 years and have dedicated my life to saving the lives of injured children. Even though my surgical work is focused on saving kids once they are injured, I realized early on what an impact prevention and safety could make in the staggering number of injured children we saw each year.

After years of treating these kids, I felt compelled to act and founded the National SAFE KIDS Campaign with Herta Feeley in 1987, which became Safe Kids Worldwide in 2005. Through research and data gathering, we learned over the years that kids of different age groups are primarily injured in certain ways that can be tracked, assessed and impacted with increased prevention tactics. Toddlers and young children have a higher occurrence of injuries from falls, while adolescents have higher incidence of injuries in motor vehicles because they’re drivers now. We have to be careful in making sure that we’re talking about the right group before we go thinking about prevention because sometimes prevention is not as relevant.

I think that the approach to injury really focuses in on our communities because people ask themselves, “What can I do?” Believe it or not, there’s a lot you can do.  My lifelong quest to prevent childhood injuries has led to increased research, improved safety measures and significant change in awareness of child safety issues. You can find many valuable tips and life-saving advice at SafeKids.org, and other great prevention and safety websites.

My daughter has three kids, and earlier this year I spent four days chasing them around, and I can tell you it’s a real challenge to keep kids safe. They are quick and inquisitive, all the things that you want kids to be. The problem is they put themselves in harms’ way and it’s our job to protect them from getting hurt, while allowing them to have fun. It’s a fine line between too much and too little.

While visiting my daughter, I saw a man riding a bicycle who was approximately 220 pounds, and sitting in front of him on the handlebar was a 4-year-old that couldn’t have been more than 40 pounds. They’re riding this bicycle in a well-populated city in the United States. I asked my son-in-law, “Who is that? That is crazy because if they fall that child’s going to get crushed, and he shouldn’t be riding on the handlebars.” He responded, “Well, that’s our local pediatrician.” I was astonished. This person should not only be more informed than anyone else, but he should be sharing safety messages with all his patients and their parents while setting a good example to anyone that sees him in public.

There are a lot of people that are uninformed about ways to protect kids. Many people don’t see how they are responsible for the effects of an injury. That’s where the community steps in and assumes some responsibility through updated laws and state guidelines for care. Without these initiatives, such as simple helmet laws for children, we end up with millions of dollars in additional healthcare expenses and children that will never make an impact in our society.

As a surgeon, a parent and a grandparent, there are so many things we can do to make sure our kids live in a safer world. We’ve made tremendous progress in prevention over the last 25-30 years, but we still have children suffering needlessly from severe injuries. There are still 10,000 children dying every year from injuries and almost 200,000 children that are hospitalized each year because of injuries. There is plenty of room for improvement in all areas. Our society can make a bigger impact for saving injured kids.

In my experience treating injured children, most parents ask, “Why did this have to happen to my child?” and, “What could I have done to prevent this from happening?” These tough questions don’t have answers that comfort us, but the secret to saving many children is to ask some of these hard questions beforethe injuries occur.