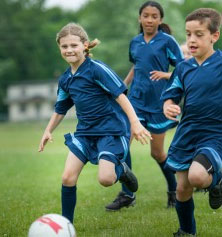 According to a report by Safe Kids Worldwide, youth and teen athletes commonly ignore concussions and sports injuries because they feel pressure to play through pain. While the issues of concussions in youth sports have been well-publicized, the research found that many young athletes are still putting themselves at unnecessary risk.

One example is Olympic gold medalist Cindy Cone. She became an international soccer star at a very young age. She joined the U.S. Olympic team while still in college and played for five years before she suffered her first concussion. Cone sustained a hit during a game and was knocked out. She got up to continue playing, but realized something was wrong. The athletic trainer put her through some tests and removed her from play. She was treated by a neurologist and followed the doctor’s orders to rest for a few days. Her symptoms of headaches, extreme fatigue, and jaw pain continued after she returned to play, and continue to this day. 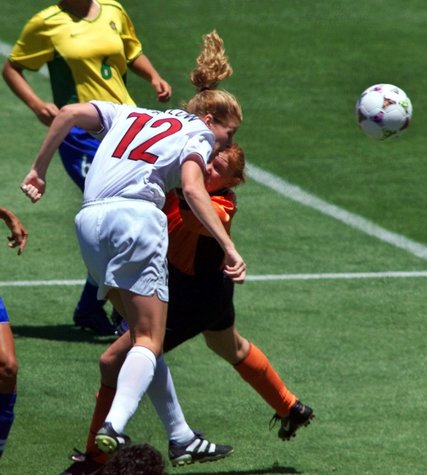 Her second diagnosed concussion occurred during the 2003 World Cup. She collided with another player and was knocked unconscious, but got up and continued playing. After the game she took a month off but didn’t want to disappoint her team so she returned to play even though she was still experiencing concussion symptoms.

After resuming her hectic practice schedule, Cone later experienced what was diagnosed as a TIA, or mini-stroke. After a battery of tests, the doctors released her and allowed her to return to play. She continued to experience symptoms, particularly persistent headaches.

Cone was passionate about her team so she kept playing through the 2004 Olympics where they won the gold medal. Afterward, she continued to suffer from headaches, memory and visual problems, jaw pain, and extreme fatigue. She then decided to retire to focus on her long-term health and recovery.

Another youth athlete explains the pressure she felt to continue playing. During a high-school field-hockey game in September 2013, near her Virginia hometown, Brie Boothby was struck in the side of her head with an opponent’s stick and blacked out. 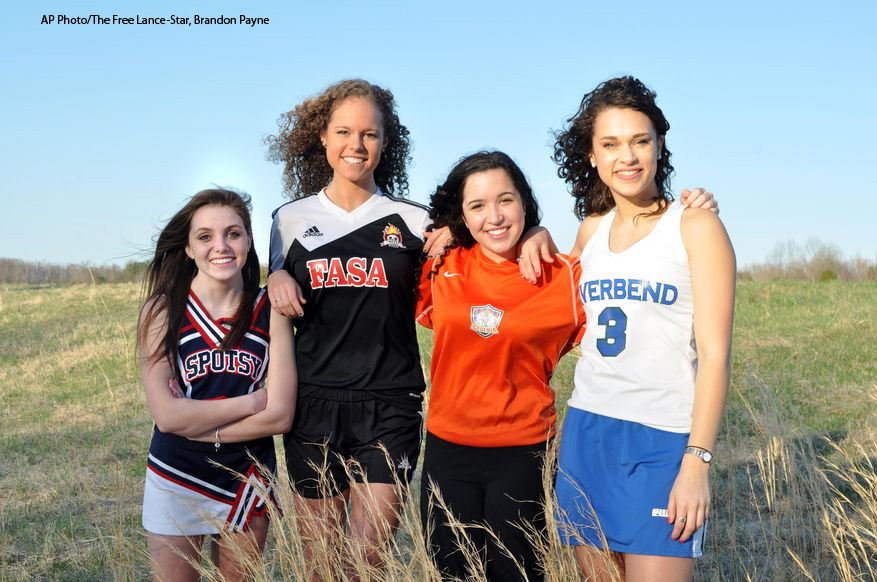 “The only thought in my mind was getting back in the game,” said Boothby. And despite her injury, she kept playing. “I thought I had to be tough. I thought I had to go back in because we were losing and I needed to support my team.”

That night, the 17-year-old felt nauseous, and began losing her memory. A trip to the doctor revealed devastating news: Boothby had sustained a serious concussion that left her with permanent brain injuries.

More than 1 million young athletes are brought to the emergency room every year. Stories like Cone’s and Boothby’s highlight the Safe Kids report results. It showed that young athletes are engaged in a dangerous culture that ignores sports injuries. They feel pressure to play even when they’re hurt.

The study surveyed 3,000 athletes, coaches and parents, and found that: 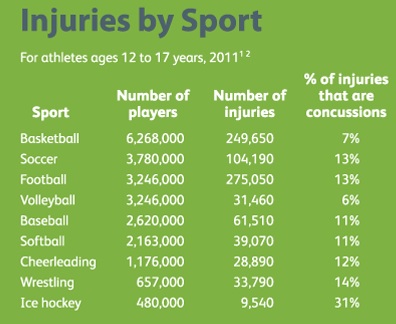 All 50 states now require young athletes to be pulled from play if a concussion is suspected, with the help of legislation like the Gfeller Waller Act. Many have restricted contact in youth sports practices. Sports associations say they’re training coaches to resist pressure to play injured athletes, and the High School Coaching Association is pushing for new laws that would require medical personnel at all youth sports games.

Cone now coaches girls’ soccer in North Carolina. She strives to create a safe environment for kids to play and learn the game, while watching carefully to recognize concussions. She and some of her former teammates are advocating that players shouldn’t head the soccer ball. Cone tries to educate players, coaches, and parents about concussions. She hopes the public interest in studying concussions continues and provides answers so that kids can continue enjoying sports for many generations.

Boothby said that until young athletes really understand the message, they’ll continue to play. She says, “When in doubt, sit it out. And yes, it might stink sitting under the lights on the bleacher. It’s better to be safe than sorry. I mean, what is one game compared to your entire lifetime?”

For more information about the warning signs of concussions in youth sports, download our concussion fact sheet or visit the CDC’s Heads Up website.