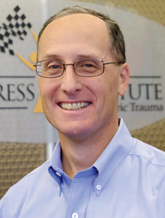 Bob joined the Childress Institute as the first full time Executive Director in May of 2014, after a 30 year career in the corporate world. He brings a personal passion and commitment to the world of pediatric trauma because in 2008 his youngest child, Matthew, died as a result of a traumatic brain injury he suffered while playing high school football.

From 1983 through 2014 he worked with Lowe’s Home Improvement, The Coca-Cola Company, Nabisco Brands, and Colgate-Palmolive in various marketing, merchandising, and strategy positions, having managed some of the nation’s leading brand names. Bob has a master’s of business administration degree in marketing from New York University and an undergraduate degree in economics from Franklin and Marshall College. Bob is married to Lisa and they have two adult children, Robbie and Haley. Bob and Lisa reside in Winston-Salem, NC. 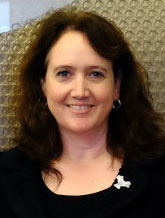 Director of Administration and External Relations

Michelle is NC born and bred and loves working in downtown Winston-Salem. She attended the University of North Carolina at Charlotte majoring in English with a minor in Communications (which means she is well-qualified to communicate in English). After a 10-year hiatus in the western US, she and her family landed back on the east coast where she began her fundraising career with United Way. She came to Wake Forest Baptist as a major gift fundraiser in 2007 and has worked for the Childress Institute since it was only a glimmer in its parents’ eyes; jumping at the opportunity to help start an organization that makes such a positive impact in the lives of children. Michelle’s own teenage girls keep her busy but also in touch with life in the insta-snapchat-twittersphere. 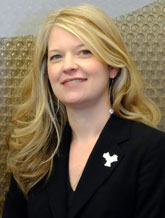 Kara helps tell the story of the Childress Institute’s work through multiple communications outlets, and facilitates the relationship with Richard Childress Racing and other sports partnerships. She also manages education initiatives for EMS and athletic trainers, and concussion awareness programs for coaches, parents and kids. Prior to working at the Institute, Kara spent seven years in licensing and public relations at RCR, and six years in healthcare public relations in New York City and Raleigh, N.C. She is a graduate of UNC Chapel Hill. Kara has two young children and is passionate about helping all children receive the best care possible. 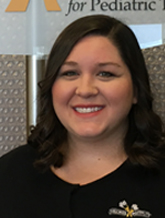 Brittany was born and raised in a small coastal town in South Florida. She is a proud alumnus of Florida State University where she earned her Bachelor’s degree in Hospitality and Business Management. After college, she moved to Winston-Salem and began working in the University Events Office at Wake Forest University. Then in 2016, Brittany became a Certified Meeting Planner and joined the Childress Institute for Pediatric Trauma. She is thrilled to be a part of the team and enjoys planning fundraising events to help further the institutes’ mission. Brittany enjoys crafting and baking, and loves living in North Carolina with her husband Brandon and their two dogs. 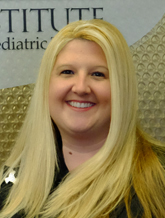 Like the sun in her native state of California, Sara is bright, warm and welcoming. She came to North Carolina with her family in 1991. Longing to be back at the beach, she attended college at the University of North Carolina at Wilmington where she graduated with a Communication Studies degree and a Leadership minor. Sara dove into the nonprofit world in 2006 and joined the Childress Institute in 2012, where she is the “glue” that holds our team together. Her beagle, Larson, is named after Jonathan Larson – the brilliant mind and creator of the famed Broadway musical RENT. Sara may or may not know every single word of the musical.

Jeannie has lived in North Carolina all her life and grew up in a small town before moving to the Winston-Salem area.  Jeannie worked in Wake Forest Baptist Medical Center’s Philanthropy and Alumni Relations office for almost 12 years as a Philanthropic Records Specialist before joining the Childress Institute team in 2017.  Prior to working for WFBMC she held positions at Lowe’s Home Improvement, Universal Solutions and Salem College.  Jeannie lives with her husband Jeff and their four cats.  Yes, she often gets called the crazy cat lady even though she loves all four-legged animals. 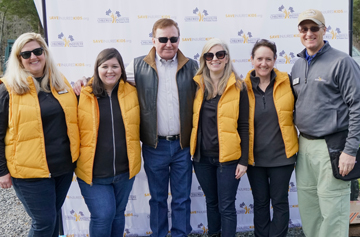